Social media has provided a significant net positive for the average person due to the fact that it’s the kind of thing that could potentially make it much easier for them to stay in touch. Despite the fact that this is the case, the congregation of so many people through the relative anonymity of the internet has created a serious cyberbullying problem, and all indications point to this problem becoming significantly worse these days.

New data from McAfee revealed that cyberbullying is on the rise, with children as young as ten facing racist attacks on social media. With all of that said and now dismissed, it’s important to note that 58% of these cyberbullying incidents were from people these kids already know in real life. Only 46% were from strangers, which could be an extension of the general hostility among children interacting with each other in the real world.

It turns out that Meta is one of the worst cyberbullying culprits. Facebook, owned by Meta, has led the way in cyberbullying, with half of children on the platform saying they have witnessed it, all considered and taken into account. Facebook underperforms its subsidiary Instagram, where 30% of child users have been victims of cyberbullying.

According to the findings of this report, Meta users were twice as likely to be cyberbullied as Twitter users. WhatsApp users were also four times more likely to experience some form of cyberbullying than users of Discord and other apps.

It wouldn’t be an exaggeration to say that Meta’s algorithms tend to encourage negative interactions since outrage leads to better engagement. However, children are exposed to increasingly hostile online environments, and it is really important to protect them from this by demanding improved performance from technology companies operating in this sector. Until that happens, children will continue to be victims of cyberbullying which can impact their development and cause a host of behavioral and societal issues. However, Mcafee shared some ideas and tips parents to solve this problem. Take a look at the graphs below for more details: 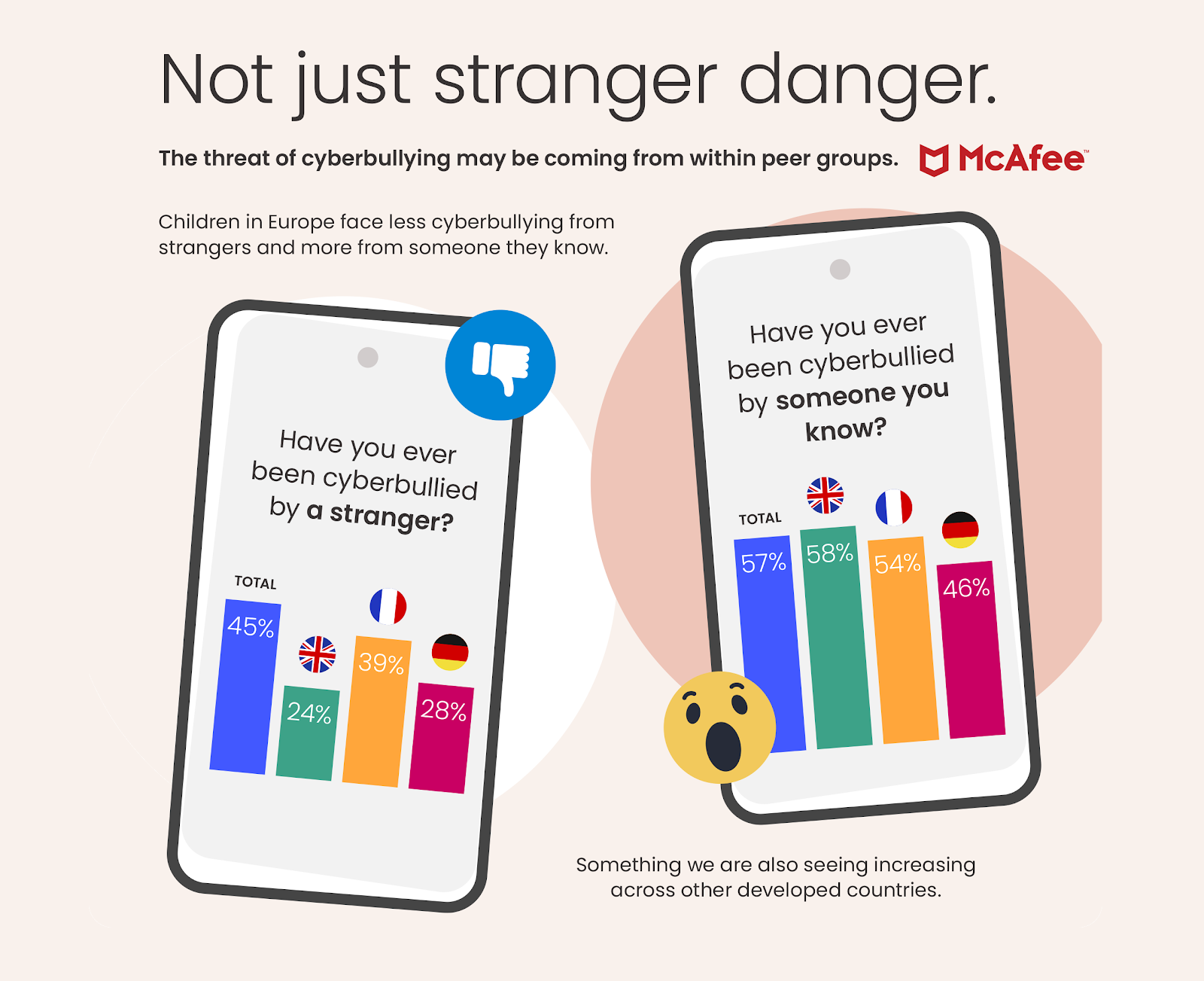 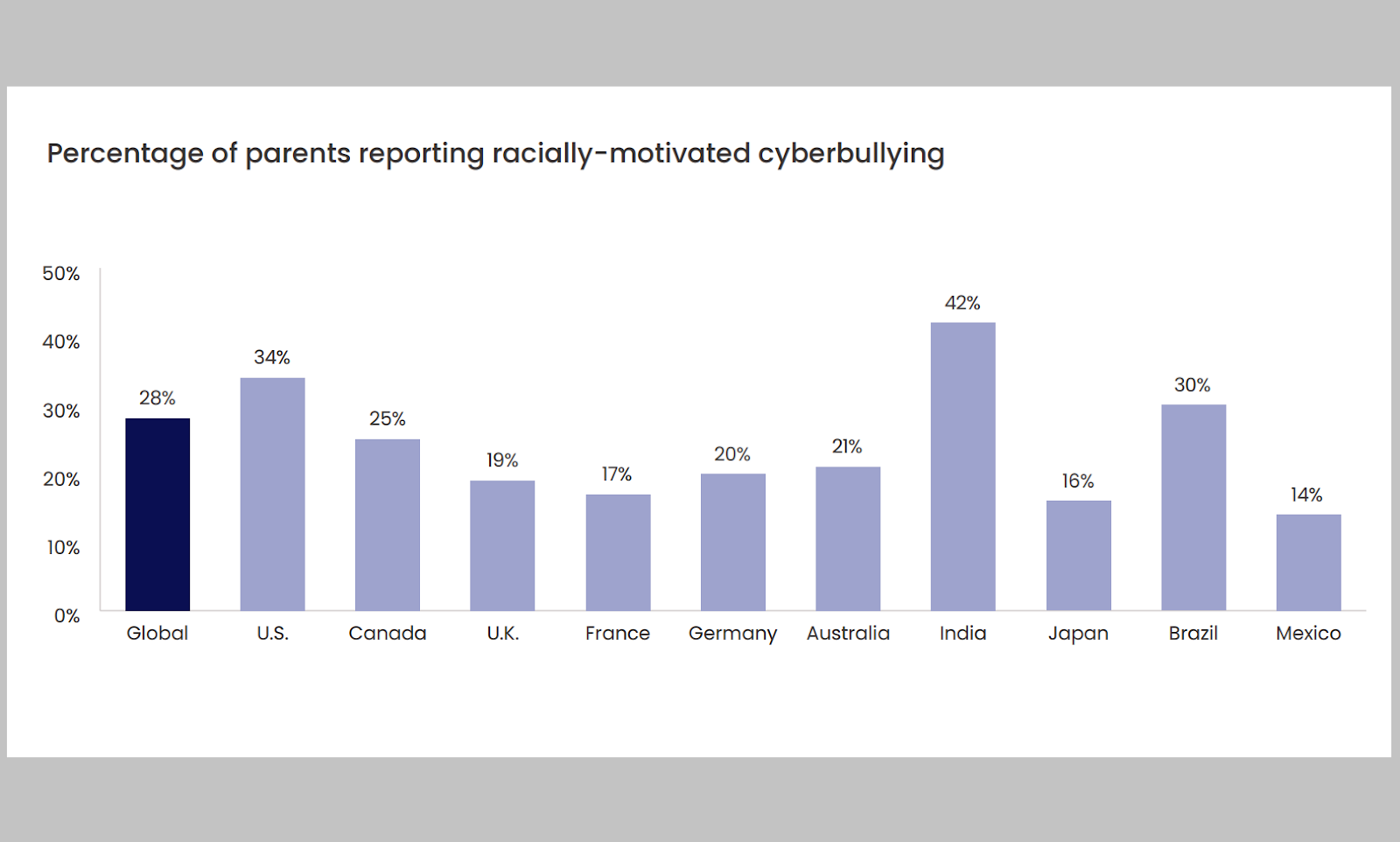 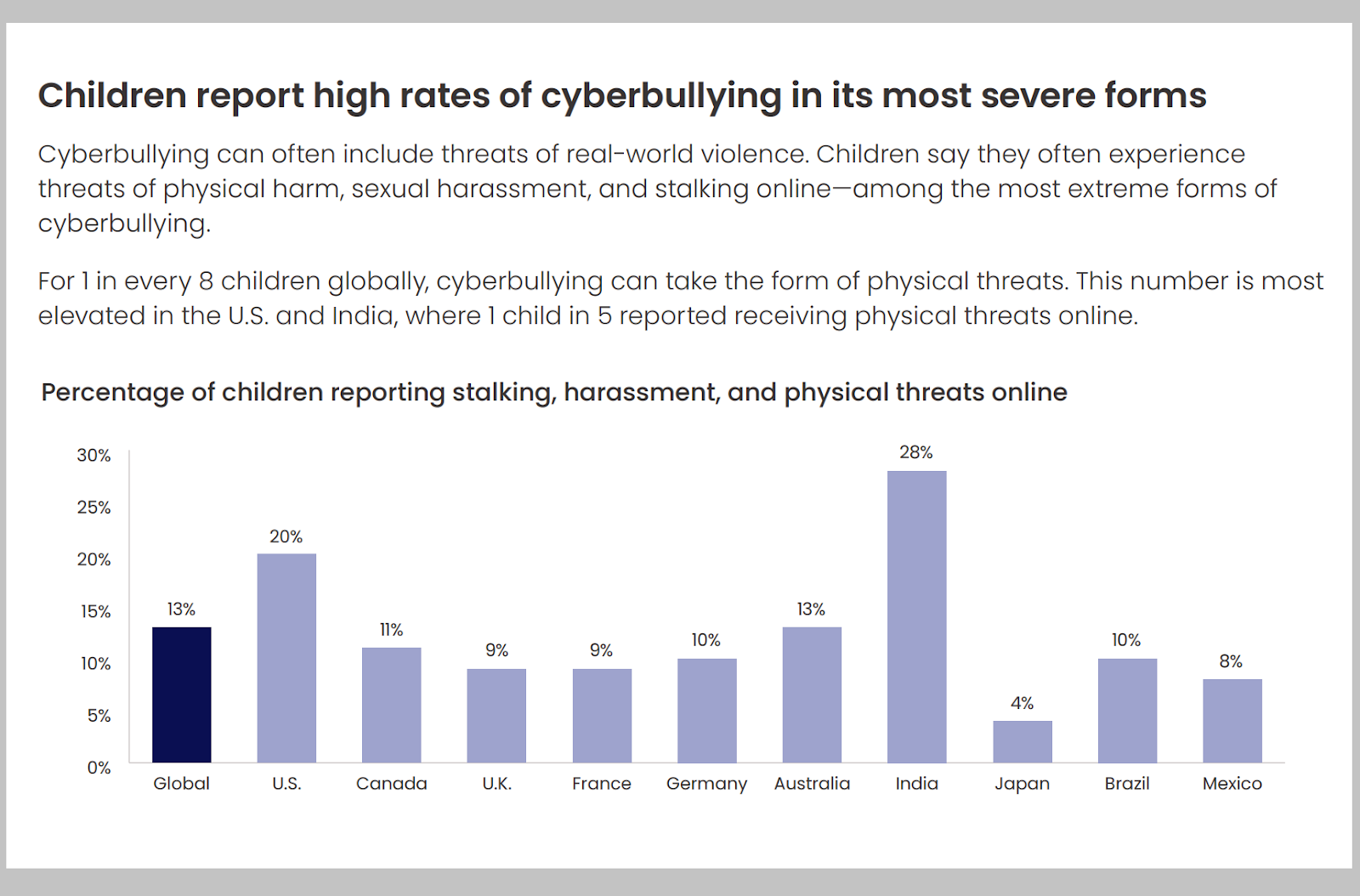 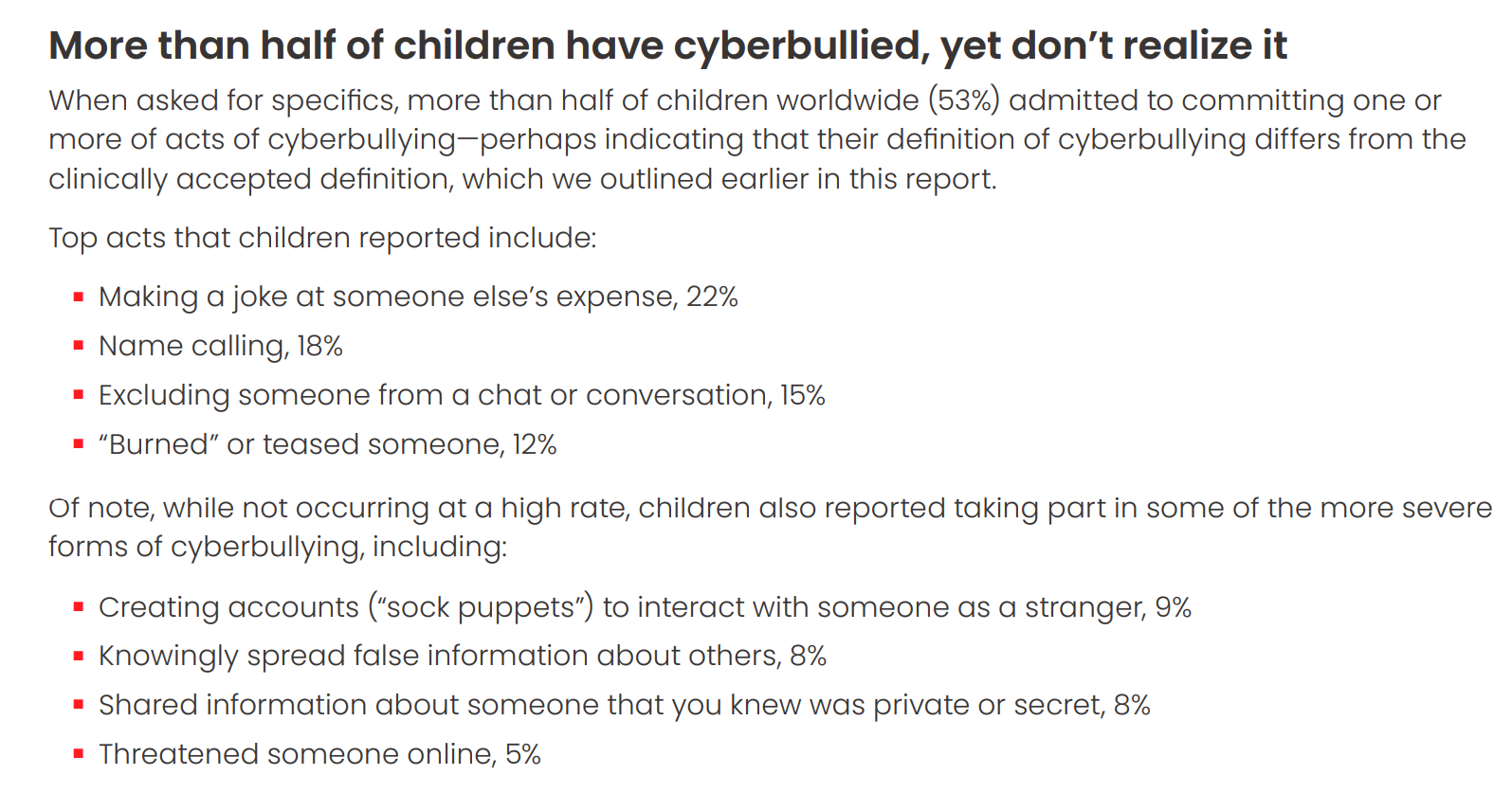 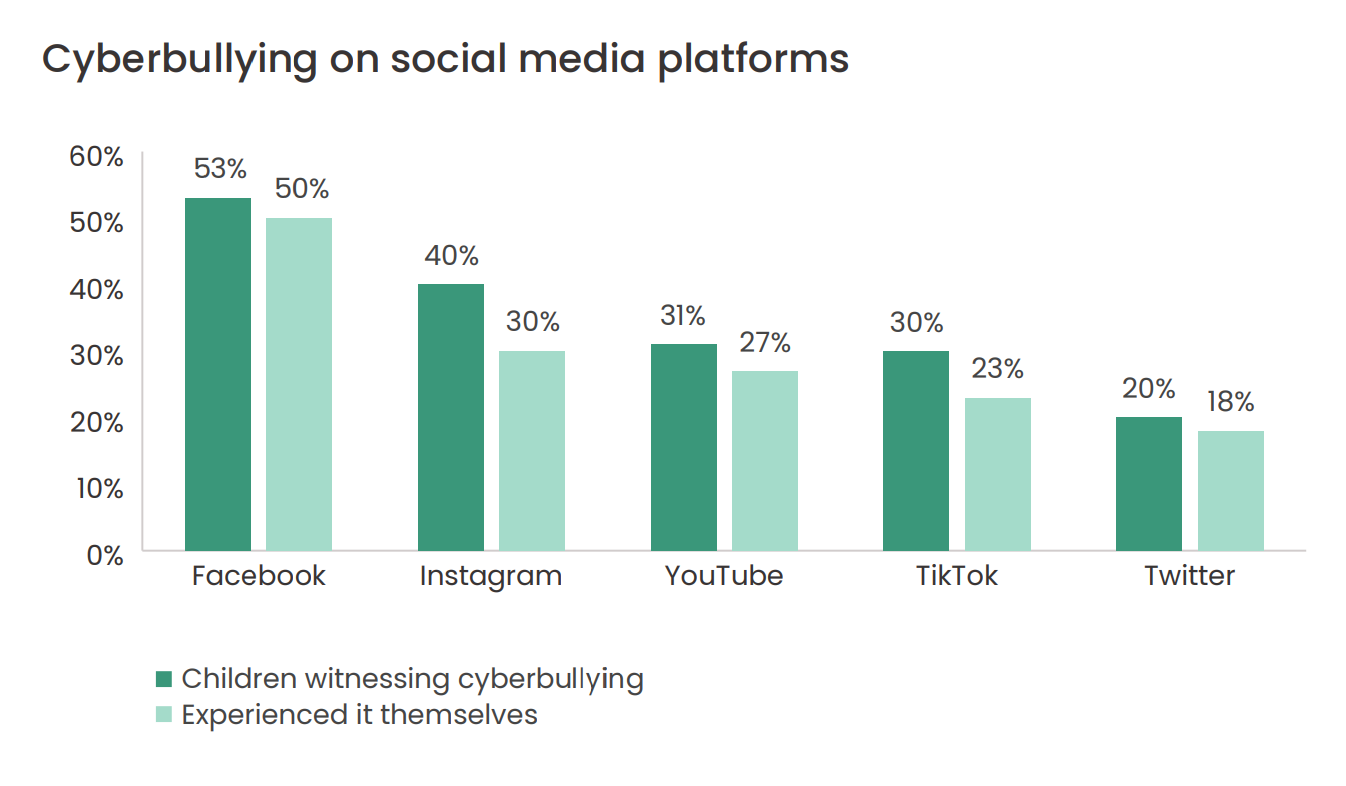 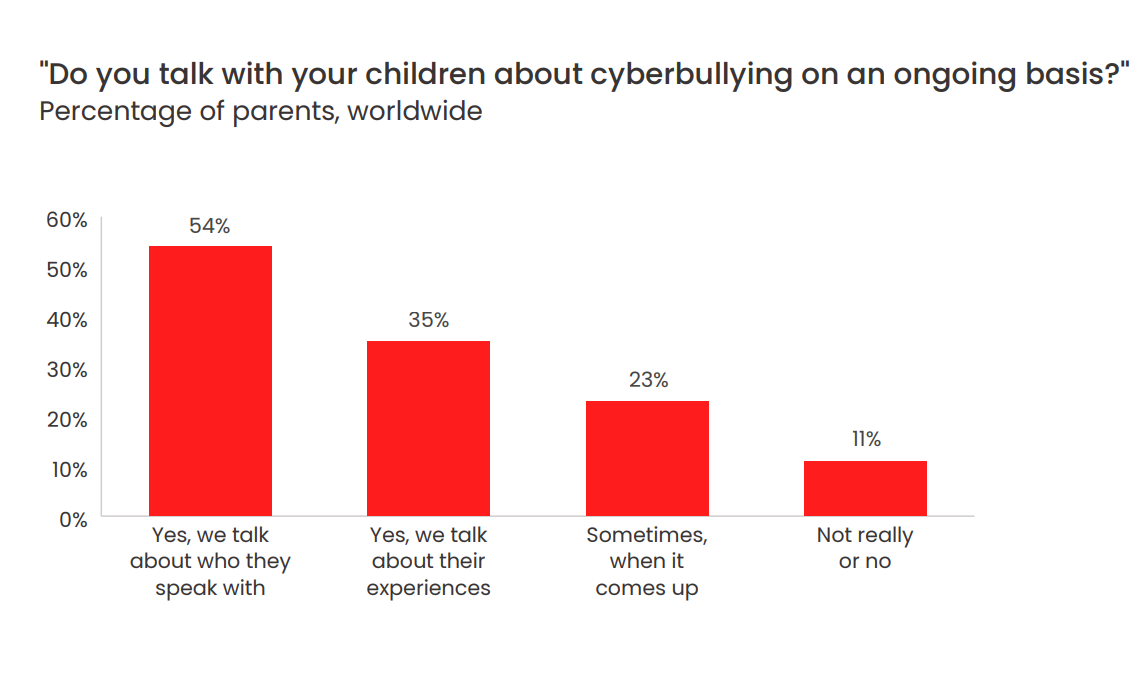 HRCP organizes a session on the rights of media workers